Since past two days, the BCH/USD has been trading at almost the same pace. We anticipate that the bearish run may continue for few more days.

Let us look at how the Bitcoin Cash has performed: 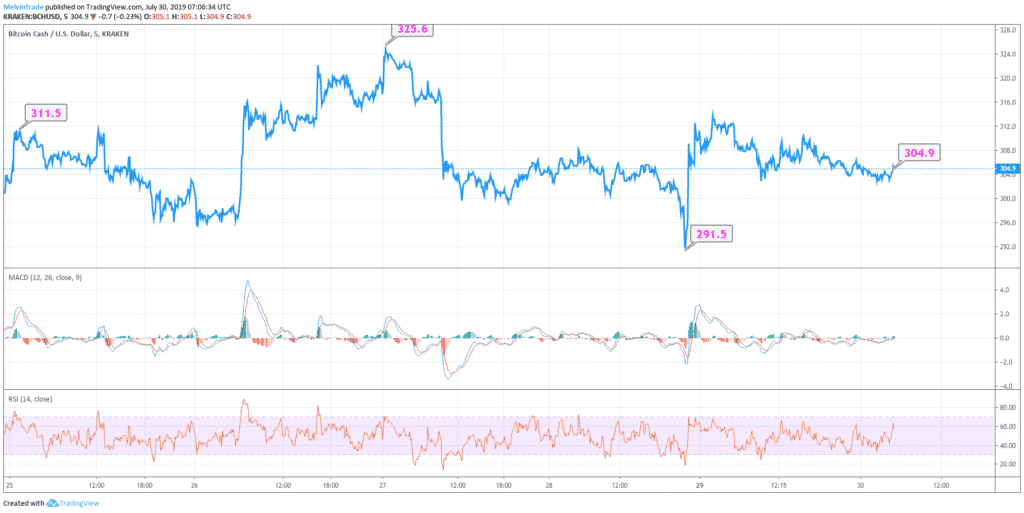 We anticipate that BCH may continue to fall marginally by tomorrow with prices reaching around $304.5 by tomorrow. After about 7 days BCH may still be traded around the range of $301 and $304. The present scenario is expected to change after few weeks and the coin can reach $310 by August,19.

The MACD indicator highlights that the coin is almost on the verge of turning bullish. We expect that this may happen after few weeks to come once the coin has managed to gain back its pace. As per the RSI indicator, the coin has been overbought and oversold several times as well over the past 5 days.

As per the current momentum, it may take several months for Bitcoin Cash to overcome its previous best figures but once it is able to do that, there is no stopping for the coin.

Will Bitcoin Cash Continue Its Upward Momentum in the Short-term?

Bitcoin Cash Managed to Hold Its Price Above Key Support $206