Let us compare the prices of the BCH coin since the past one month. Bitcoin Cash reached a high of $513.80 on 26th June at 22:00 UTC. If it had sustained its performance at this level, it could have gone further up till $520. However, post the said date the coin has been unable to show any major upward trend with prices falling for most of the time. It also reached as low as $263.38 on 14th July at 00:00 UTC. While writing, BCH shows that it is about to gain momentum and seems to be rising upwards.

Comparing BCH prices since its lowest point of 15th July where the price was $263.38 and today’s figures the present movement indicates a bullish run by 15%. By the end of the day tomorrow, we anticipate that the same trend will continue for the coin and it can reach up to its immediate resistance level of $320. 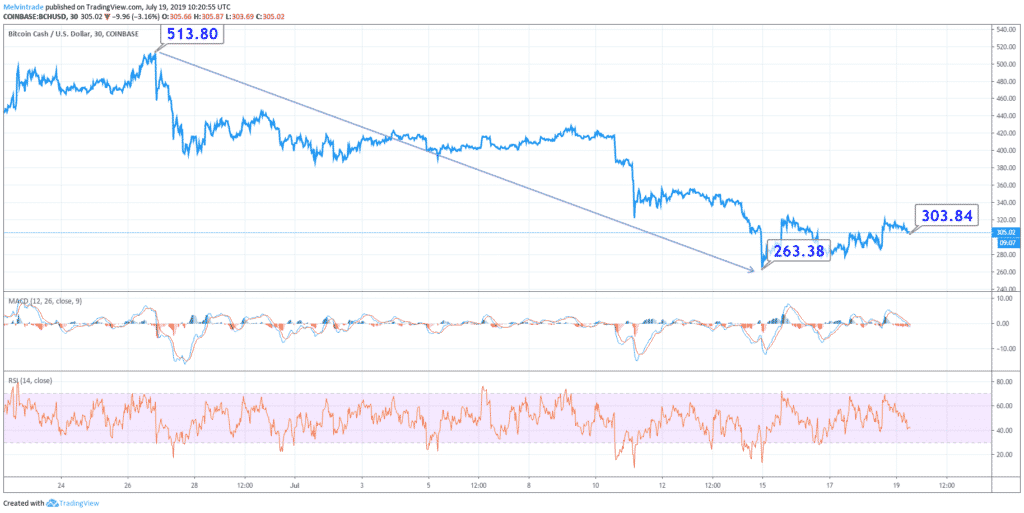 The MACD indicator points out that the coin is at present stable with the bullish movement. The number of coins being traded now is neutral as per the RSI indicator. The coin has been oversold multiple times over the past 1 month. Investing in BCH, in the long run, will prove to be a boon for investors as it never fails to live up to its expectations.